Bristol CLT is a Community Land Trust that works to bring on sites for community led housing, involving future residents in the design and build process. Now completed, its first project, Fishponds Road, received initial support from the local authority.

Bristol CLT is a Community Land Trust that works to bring on sites for community led housing, involving future residents in the design and build process. Its first project, Fishponds Road, received initial support from the local authority, and is now completed.  Further projects included the Shaldon Road site, with plans for more.

“For the council, and also for Bristol CLT, running a pilot project was a great way to establish what works in practice, providing a foundation for future activity and policy. Bristol City Council have built on this start and worked with Bristol CLT to create a land disposal policy for community led housing.  11 sites have been brought  forward so far, many of which will draw on the lessons learnt and best practice established at Fishponds Road.”

After a long search of ‘hard to develop’ council-owned sites, the council agreed to transfer an urban site on the edge of a Victorian park. The land included a derelict school building and had access problems, and BCC  supported the project by selling the land at £1 and ‘unlocking’ the site by parcelling it with adjacent council-owned land and a car park. The open market valuation was £286,000, but the council felt that the self-finish and affordable homes offered better ‘value’ than the straight capital receipt.

The council recognised the positive value in the model:

The scheme would create 12 new homes, with the school building converted into six studio apartments, while six new homes would be built in the playground. Prospective residents would undertake 12 weeks of self finishing work before sale and rental agreements were completed.

Planning reference for BS5 6QG: 13/01844/F. The trust applied for planning in July 2012, and broke ground in 2015. Initially, BCC did not have specific policies related to community led housing but post completion of Fishponds, Bristol CLT members and colleagues fed their experiences into the council to support the growth of CLH in the city. This added to the debate, which ultimately led to the inclusion of supportive policy for alternative housing models, including Community Land Trusts, in Bristol City Council’s Housing Delivery Plan 2017-2020  BCC went on to develop other initiatives to support activity, including a ground breaking Community Led Housing Land Disposal Policy 2020 and Self Build Housing Land Disposal Policy 2020.

Planning conditions restricted access to the rear of the site, away from the main road at the front, and BCLT had to move a toilet block on the rear council-owned depot to create this access. This unforeseen work added £101,000 to the overall costs of the development, which posed a serious issue for the group in terms of viability.

The project incorporates two forms of tenure – shared ownership and affordable rent, which both included an element of self finish. By increasing the amount of ‘sweat equity’, shared ownership buyers could increase their stake in their home, while renters could reduce their rental cost.

Bristol CLT produced factsheets to explain the project to would-be members, and became a registered housing provider to enable it to apply for funding from the Homes and Communities Agency. Members were assessed for housing need and eligibility, and all applicants had to be CLT members. Those wishing to rent had to be signed up to the council’s housing register via Home Choice Bristol, which then banded them by need. The council retained nomination rights on three of the five affordable rented properties, which were allocated through Home Choice Bristol.

Architect practice Stride Treglown https://stridetreglown.com/ was appointed by the BCLT board to design the scheme, retaining and converting the existing period school hall building. Information days and publicity events helped facilitate community engagement and inform the overall design of the scheme.

The project experienced considerable delays, including a bat survey, which resulted in higher build costs than had been anticipated, with tender prices coming in at £1,800 per sq m, as opposed to the budgeted £1,500. This resulted in the need to secure cost savings which were achieved by simplifying the design. The delays also meant that surveys became out of date and had to be repeated, further adding to the costs. Unforeseen planning issues, such as the £101k cost for a new site access affected the project’s viability.

Bristol CLT recruited a self-build manager with a background in construction to supervise the self finishers, and calculate the value of ‘sweat equity’ on the project. The contract was awarded on the basis that the main contractor would supply materials to the residents as well as provide the nearly completed buildings. For example, internal and external doors, architraves, kitchen carcasses and sanitary ware was left un-fitted in the dwellings when the contractor left site.

A schedule of self finishing works to be undertaken by prospective residents was developed by the self-build manager, based on all residents pooling their skills. The work included fitting kitchens, decorating, creating communal gardens and building bike sheds. These works were removed from the main contractor’s responsibility.

The Trust generated around £790k through equity sales and a further £50k through sweat equity across the scheme. It also budgeted to generate income from the extensive solar panel installation, using government incentives for generating renewable energy and sales to residents.

Development cost around £1.9million, including a build cost of £1.3million, with Bristol City Council providing a grant of £45,000 and separate capital grant of £300,000. By becoming a registered provider BCLT was able to secure a Homes and Communities Agency grant of £425,000.

The sweat equity element was calculated to be equivalent to a £50,000 saving but was offset by the administration costs of the self-finish programme. Any community group working with sweat equity needs to strike a balance in appraising the likely value of self-builder input – both in terms of potential for reducing the costs of the scheme, and in terms of ‘reward’ to the individual self-builder for their efforts. However, self finish also helps the community forge its identity before people move in, which has social value.

After practical completion of all construction work and move-in by residents, the development loans were paid off and the freehold of the land was transferred to the CLT.

Bristol CLT was set up in January 2011, with planning applied for in July 2012. The project stalled in 2013, before resuming in 2014, with tenders completed by December. In Oct 2015 the self finishers began training, including around skills and health and safety, while work on site continued, with contractors finishing in March 2016. The project was completed by the close of the year.

Fishponds and Bristol CLT emerged from Bristol City Council’s willingness to have an open dialogue about different types of housing. Disposal of the site at an ‘under value’ was instrumental in getting the CLT set up initially. With this, the council was able to justify the disposal by accounting for ‘well-being value’ generated by the project, the nomination rights received and progress against its policy objective of diversifying Bristol’s housing market. BCLT went on to work on a further site, Shaldon Road, which United Communities (now renamed as Brighter Places) is now bringing on.  It also hosts Community Led Homes West, which promotes and supports community led housing projects in the region.

While having policy sets a context for any community led or custom or self build activity, there are several other ways that councils can support projects in coming forward. These can include helping with the provision or permissioning of land, supporting pilot projects, capacity building and more. Read the Task Force’s Advice Note Enablng Schemes to Come Forward. 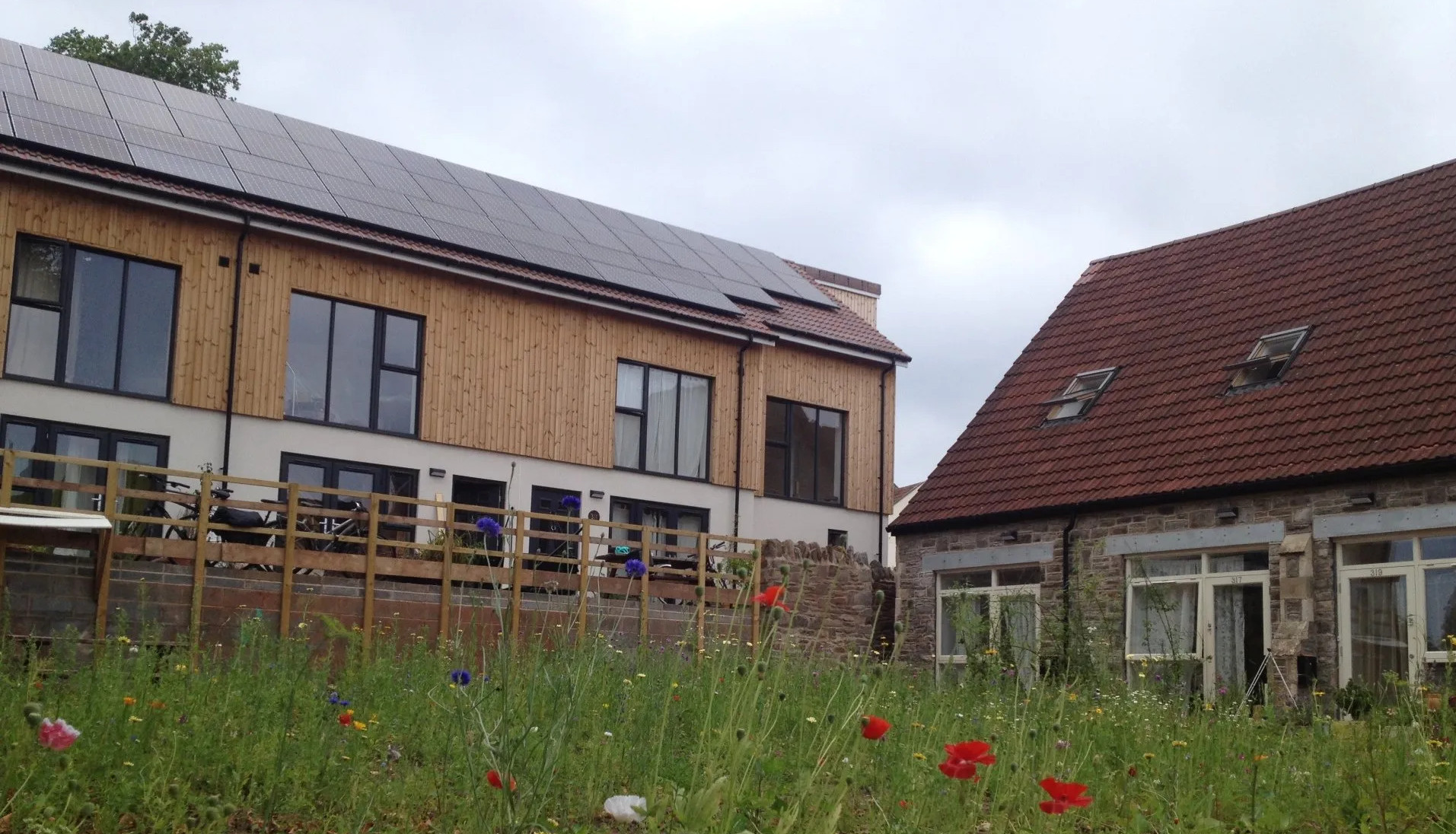